at the beautiful One World Theatre,

Produced by Kevin Hart of HartBeat Productions, Women in Jazz Concert Series brought to you a special performance of “It’s Ella! A Tribute to Ella Fitzgerald”. If you wanted to feel musical emotions that you had ever felt before, we hope you made it to this show!

Thank You Sponsors and Supporters

This project was funded and supported in part by the

City of Austin through the Cultural Arts Division.

Past Women in Jazz Concert Series

While the Project Managers are planning the second show of 2010, go back in time to enjoy the magical moments you experienced (or missed) from previous years at Women in Jazz Concert performances.

Click a link from the right navigation bar to view past concerts.

What a wonderful concept, Women in Jazz, since 1994. 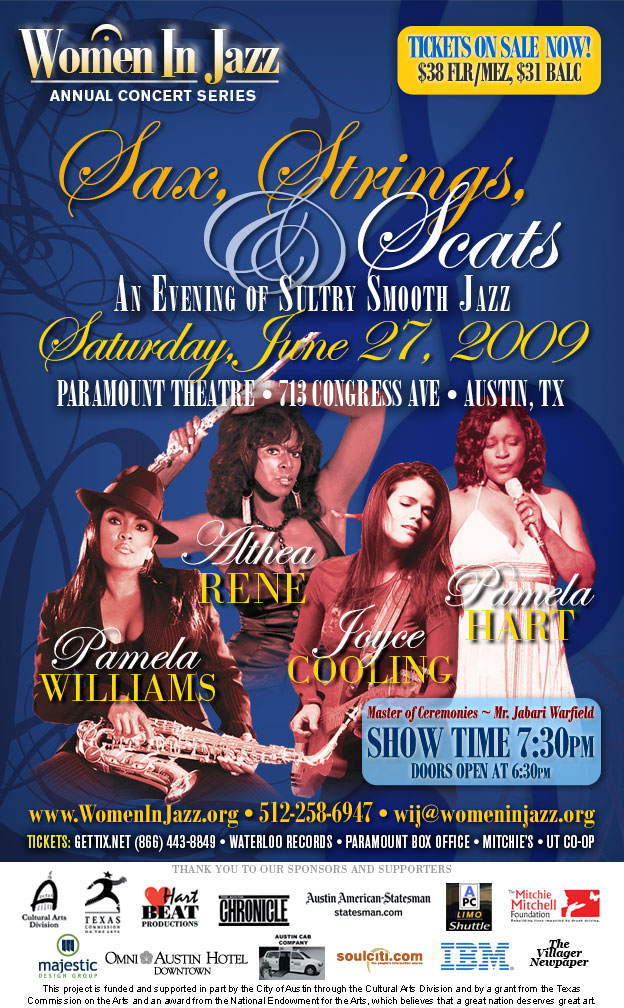