The Women in Jazz concert featured below to  be held on June 13 & 14th at the George Washington Carver  Museum and Cultural Center will pay tribute to the music and talent of my dear late cousin Damita Jo DeBlanc, former Austinite. Ada DeBlanc Simond, a founder of the Carver Library who was my and Damita’s Aunt would be so very proud of this tribute to her niece.

Damita was a lovely talented soul born in Austin, TX.  It was always so very pleasant to be in her company.  Pamela Hart and the other artist have worked particularly hard to learn about Damita Jo, her music and style. I must say that I have been impressed with the enthusiasm that Pamela has shown in doing her research.  I am also attaching a link to a 1950’s music video of Damita Jo that may jog your memory of this fantastic singer.

Hopefully, you will support Women in Jazz in this tribute to Damita Jo. 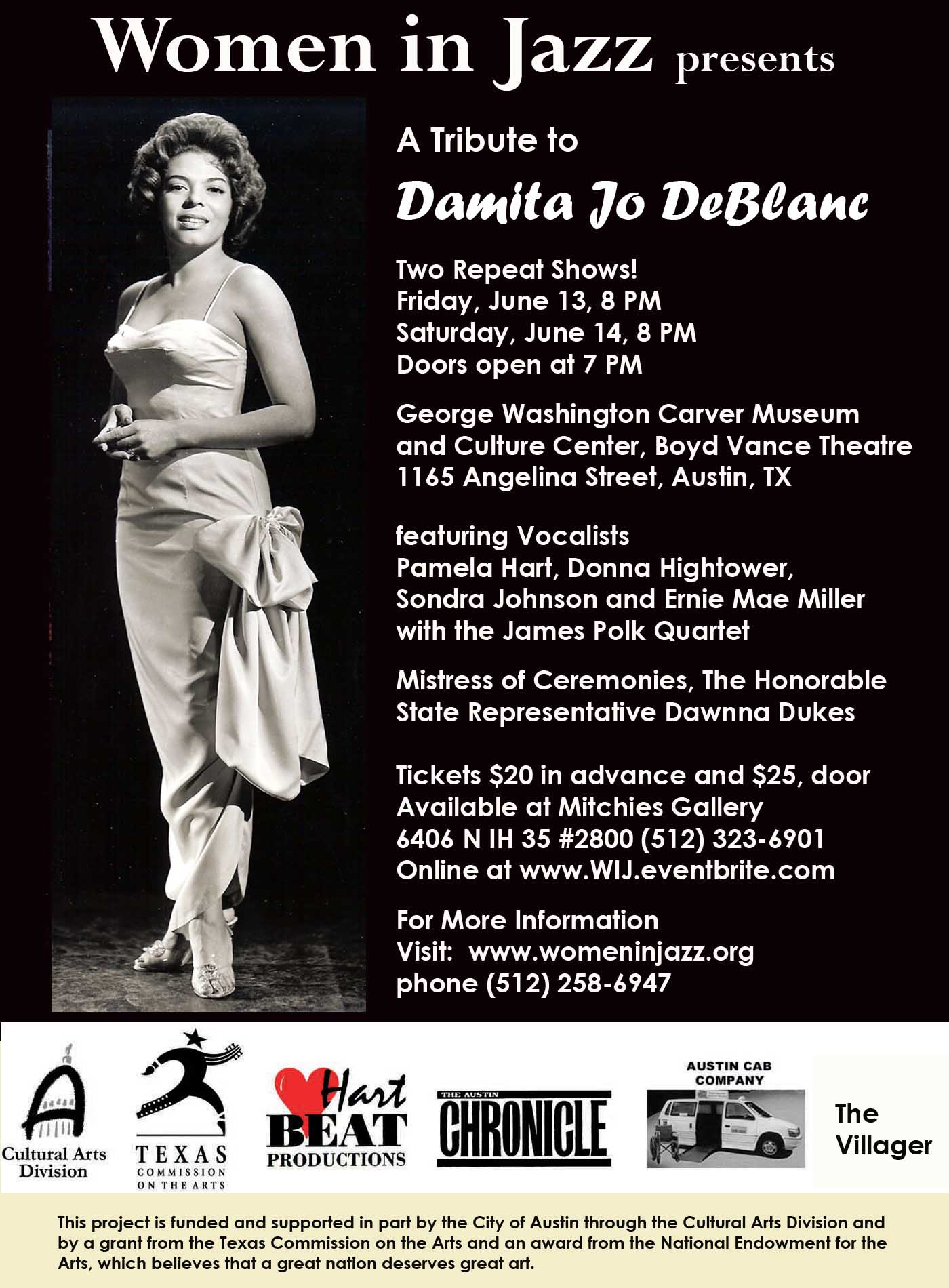