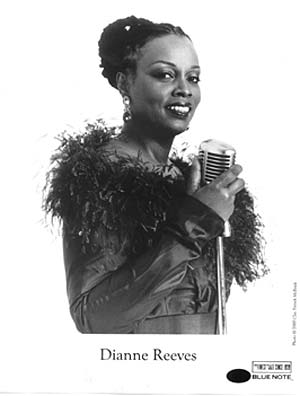 She is returning to Austin after her very successful performance for Women in Jazz in June, 1999.

Billboard Magazine calls her “simply mesmerizing” while Playboy Magazine states that, “Dianne Reeves may have the most exotic vocal instrument in popular music today.” And the Seattle Times said, “Her three-plus, pellucid octaves, diva-like delivery and intimate sense of a song have long made her one of the most compelling vocalists in jazz.”