Women in Jazz had a fantastic lineup:

The Women in Jazz Concert Series is a non-profit project produced by HartBeat Productions and is sponsored by DiverseArts Production Group and Austin Chronicle. Under the umbrella of Women & Their Work, Women in Jazz is funded in part by the City of Austin and the Texas Commission on the Arts. 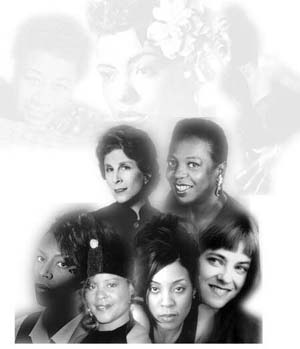