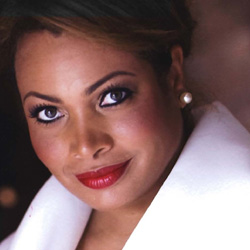 Karan Chavis has performed in Austin with the popular jazz group The Brew since 1989. A native of North Carolina, Ms. Chavis has adopted Austin as her musical home.

Her energetic performances are highly versatile. She performs jazz standards, contemporary and original selections. Karan has performed as the opening act for the Neville Brothers, Carry Carolton and Kirk Whalum. She has also performed with the Duke Ellington Orchestra. The Killer Bees included Karan on a release of theirs

Her self-titled debut CD, the cover of which you see here, received critical praise and reviews.