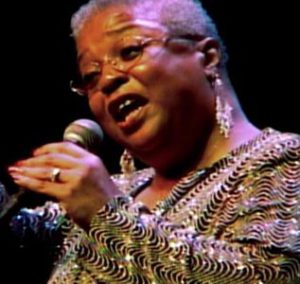 Willie Nicholson (Meme), deceased June 11, 2017, resided in Temple, Texas, and has been a fine vocal talent and soulful stylist on the Austin jazz music scene since the 90’s. Willie made her Austin singing debut in June of 1990. Since then she has been enticing everyone with her jazzy flair, especially with her crowd pleasing rendition of an old blues standard, “The Million Dollar Secret”. Willie is noted for her high energy and irresistible stage presence. Her capacity to get right to the soul of a song, mix and blend its rhythm, and really get the crowd into its essence, makes her one of Austin’s, and now Temple’s true crowd pleaser. In the past she performed at the 32nd and 33rd Annual Texas Jazz Festivals in Corpus Christi, and various other venues throughout Texas. “Willie Nicholson,” as quoted in the June 1990 issue of Austin’s Top of the Marc Times, “adds a considerable touch of class to any ensemble she joins on stage.” From 1994 through1999, Willie has participated in several of the Women in Jazz Concert Series. Willie made a Special Guest appearance at the May 2004 concert series, and she was one of the participants at the 2008 Women in Jazz “Swing With The Divas” Concert & Dance.

Raised in Philadelphia, PA, Willie lived in Austin from 1988 to 1996, when she moved to Texarkana, TX. While in Texarkana, she was featured on Texarkana’s jazz radio program (KTXK) with host Jerry Atkins, and she performed at O’Riley’s Pub (Ramada Inn) in Texarkana, TX. She now resides in Temple, TX. Willie teamed up with musician LaRon Tubb, who is a fine pianist and arranger out of Salado, Texas. Willie and LaRon performed together on several occasions in the Temple / Salado areas. Together they blended their talents and made a difference on the jazz scene.